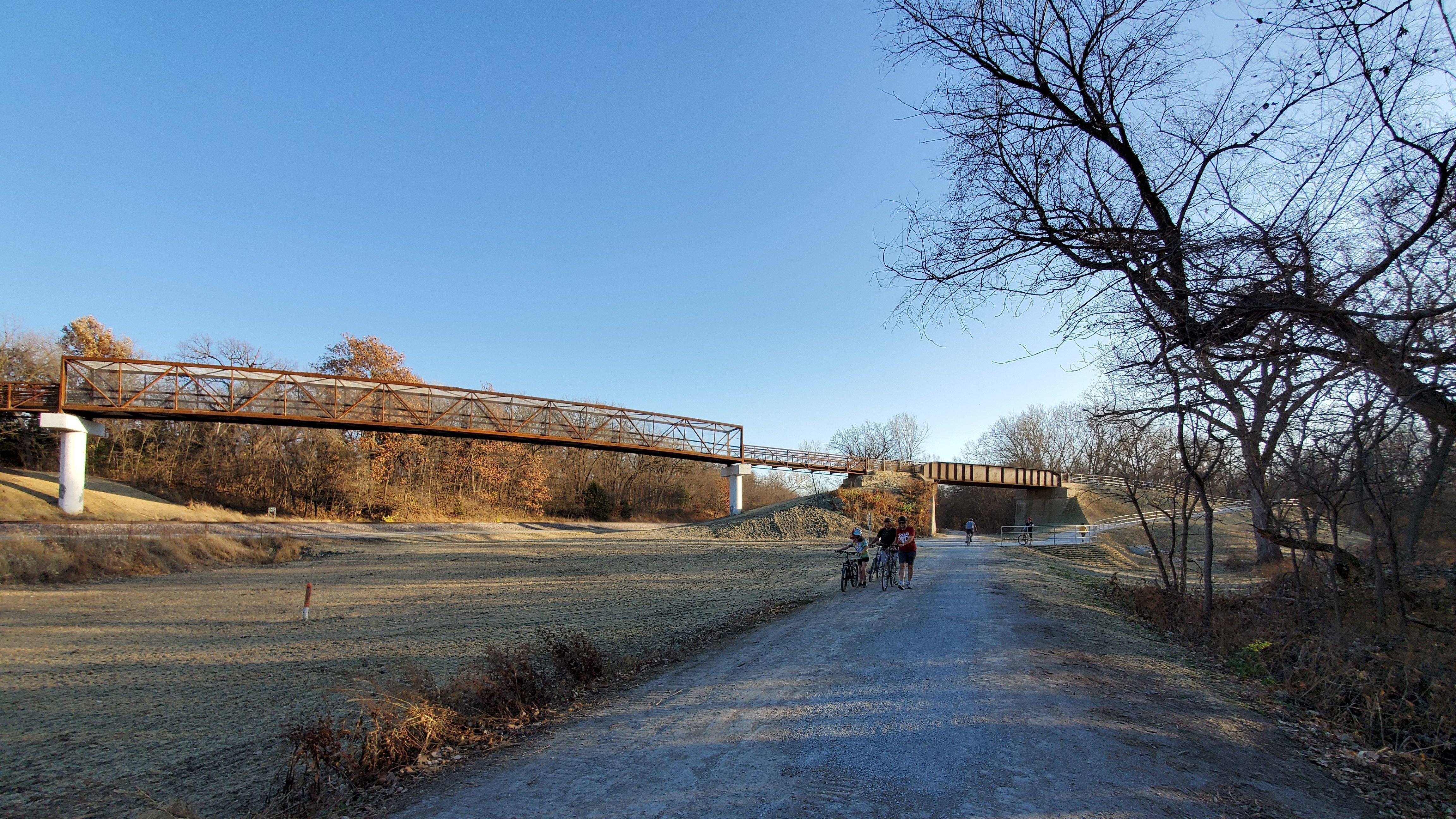 The Great Plains Trails Network of Lincoln led a successful fundraising effort to build the Rock Island to Jamaica North Trail Connector near Densmore Park and the Cooper YMCA.  This project will provide a pedestrian bridge over the BNSF railroad tracks.

The connector will link hundreds of miles of trails. The Jamaica turns into the Homestead and runs south into Kansas as the Standing Bear Trail; the Rock Island connects to most of Lincoln, Nebraska's trail system — including the MoPac, which stretches northeast into Cass County and could ultimately carry cyclists to Omaha.

The cost of the bridge is $2.2 MM. The Nebraska Trails Foundation (NTF) supports the connector project by serving as a 501C(3) for the project's fundraising. Support the Great Plains Trails Network's efforts today by making a donation through through NTF.