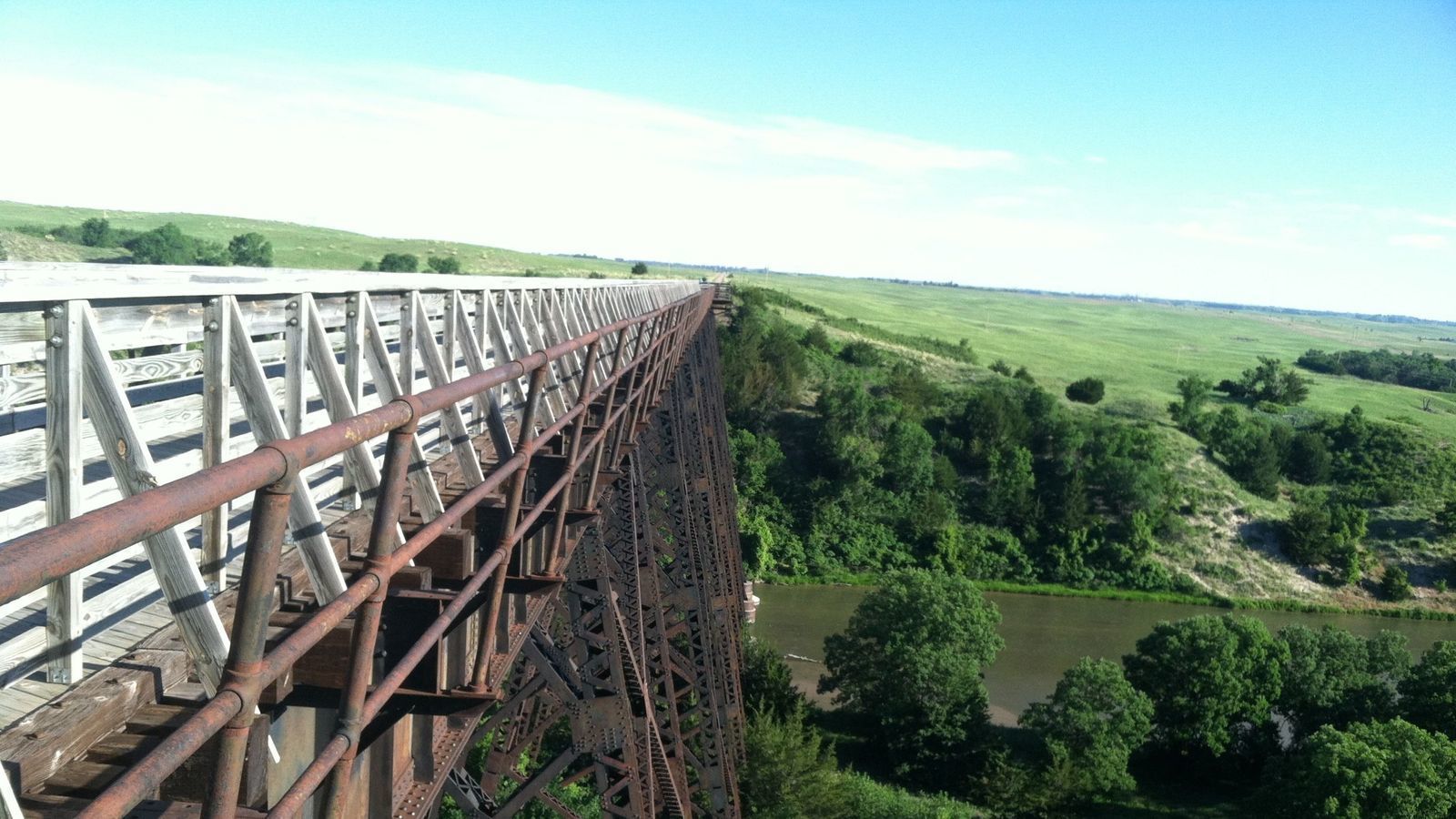 The Cowboy Trail is a 321-mile non-motorized trail built on the former Chicago Northwestern Railroad line from Norfolk to east of Chadron. It is the longest rails-to-trails conversion in the United States. A 192-mile segment of the trail from Norfolk to Valentine, and the section from Gordon to Rushville, has been completed with an improved limestone surface. Local donors and a federal matching grant have made it possible to complete the Cowboy Trail from Hay Springs to east of Chadron.

The Northwest Nebraska Trails Association has obtained an permission to create the Cowboy Trail Connection along side the active Nebraska Northwest Railroad track in order to link the end point of the Game and Parks Cowboy Trail to downtown Chadron. Fundraising for the five mile long rail-with-trail will begin after NNTA reviews the engineering study it has commissioned for the project.

Northwest Nebraska’s many public trails provide opportunities for both people of all ages who enjoy cycling, hiking and even cross-country skiing.

Boy Scouts in Chadron Troop 64 pictured above used a trail book produced by the Dawes Co. Travel Board and NW NE Trails Association, to plan shorter hikes to the cliffs area of the NE National Forest. A printed trail book, including elevation profiles and trail descriptions, is available at discovernwnebraska.com/area-map-and-trail-guide.